About the Lecture
Bill Gates’ talk at MIT provided an optimistic view of the next generation of computer science, now that the “rough draft” is done. Gates finds a paradox today in that computer science is poised to transform work and home life, “but people’s excitement level is not as high as it was five years ago during the Internet bubble.” Because most sectors of the computer industry—from microchips to storage, displays to wireless connectivity— continuously improve in performance, Gates predicts a flood of new products and applications. He sported a wristwatch that receives data wirelessly, as well as keeps its user on schedule. Gates describes "rich, new peripherals" such as ultra-wideband digital cameras and he demonstrates software that allows pictures to be archived using a 3D visual interface with a built-in time, date, and keyword database. He says that computer science is merging with and making over such fields as astronomy and biology, by unifying vast, unwieldy data collections into easily navigable libraries. And Gates appears confident that technological breakthroughs will ultimately resolve urgent problems of computer and network security.

Bill Gates was born in Seattle in 1955. He dropped out of Harvard in his junior year to devote his energies fulltime to Microsoft. He and childhood friend Paul Allen believed that computers would soon have a place in every home and office, and this vision of personal computing helped launch the software industry and led to Microsoft’s astonishing success.

Microsoft Corporation had revenues of $32.19 billion for the fiscal year ending June 2003, and employs more than 55,000 people in 85 countries and regions. The company invested more than $6.8 billion on research and development in the current fiscal year.
In 1999, Gates wrote Business @ the Speed of Thought, a book that shows how computer technology can solve business problems in fundamentally new ways. The book was published in 25 languages and is available in more than 60 countries. Gates' previous book, The Road Ahead, published in 1995, held the No. 1 spot on the New York Times' bestseller list for seven weeks.

Gates and his wife, Melinda, have endowed a foundation with more than $24 billion to support philanthropic initiatives in the areas of global health and learning. In 1999, Gates donated $20 million to MIT for construction of the William H. Gates Building, which is part of the Ray and Maria Stata Center for Computer, Information, and Intelligence Sciences.

Gates also founded Corbis, a comprehensive digital archive of art and photography from public and private collections around the globe.
- 3月 06, 2009 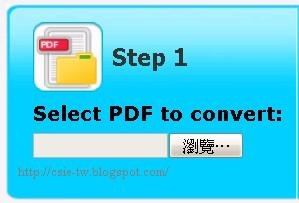